A case of relapsing polymyositis associated with anti-TIF1 gamma antibody

Idiopathic inflammatory myopathies (IIMs) are a group of autoimmune, rare and heterogeneous muscle disorders characterized by presence of proximal and symmetrical muscle weakness which can result in impaired endurance and disability. Polymyositis is one of the several idiopathic inflammatory myopathies. Anti-TIF1 gamma antibody has been proven to be independently associated with cancer in IIMs.

She was treated with IV Methylprednisolone followed by oral prednisolone and methotrexate with extensive physiotherapy. There was great clinical and serological response. CTTAP did not show any significant abnormality and OGD was suggestive of gastritis. Methotrexate was changed with Cellcept in October 2017 after first flare. Because of persistent disease activity she was given rituximab. There was good response to rituximab initially but she presented in hospital gain with major flare of Polymyositis in February 2019.

This time she was given IVIG along with high dose IV steroids. During this admission muscle biopsy and EMG were suggestive of Polymyositis. There was no evidence of any malignancy on CT TAP and PET CT. After 4 monthly doses of IVIG, she has been in sustained remission on prednisolone 7.5 mg and plaquenil 200 mg BD. Fig 2

Treatment of Polymyositis can be very challenging particularly in the presence of comorbidities. Defining the optimal treatment regimens for these disorders has been difficult because of the rarity of these disorders, their highly complex clinical phenotypes, and the limited number of randomized, double-blind clinical trials. It is important that neoplasm screening should be regularly performed not only at diagnosis, but also during follow up, for at least 5-10 years, even though neoplasia risk is maximum during first year after diagnosis. 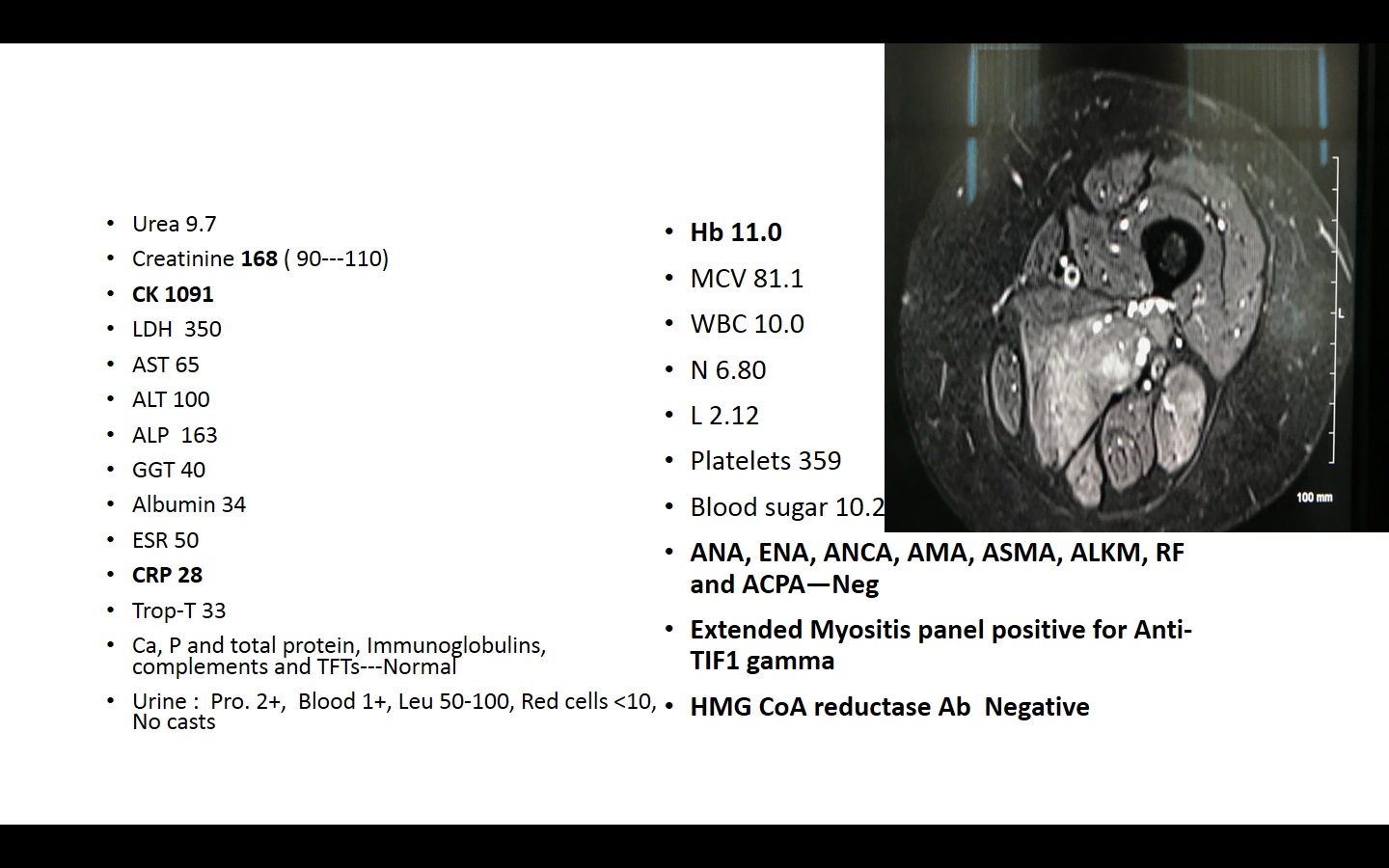 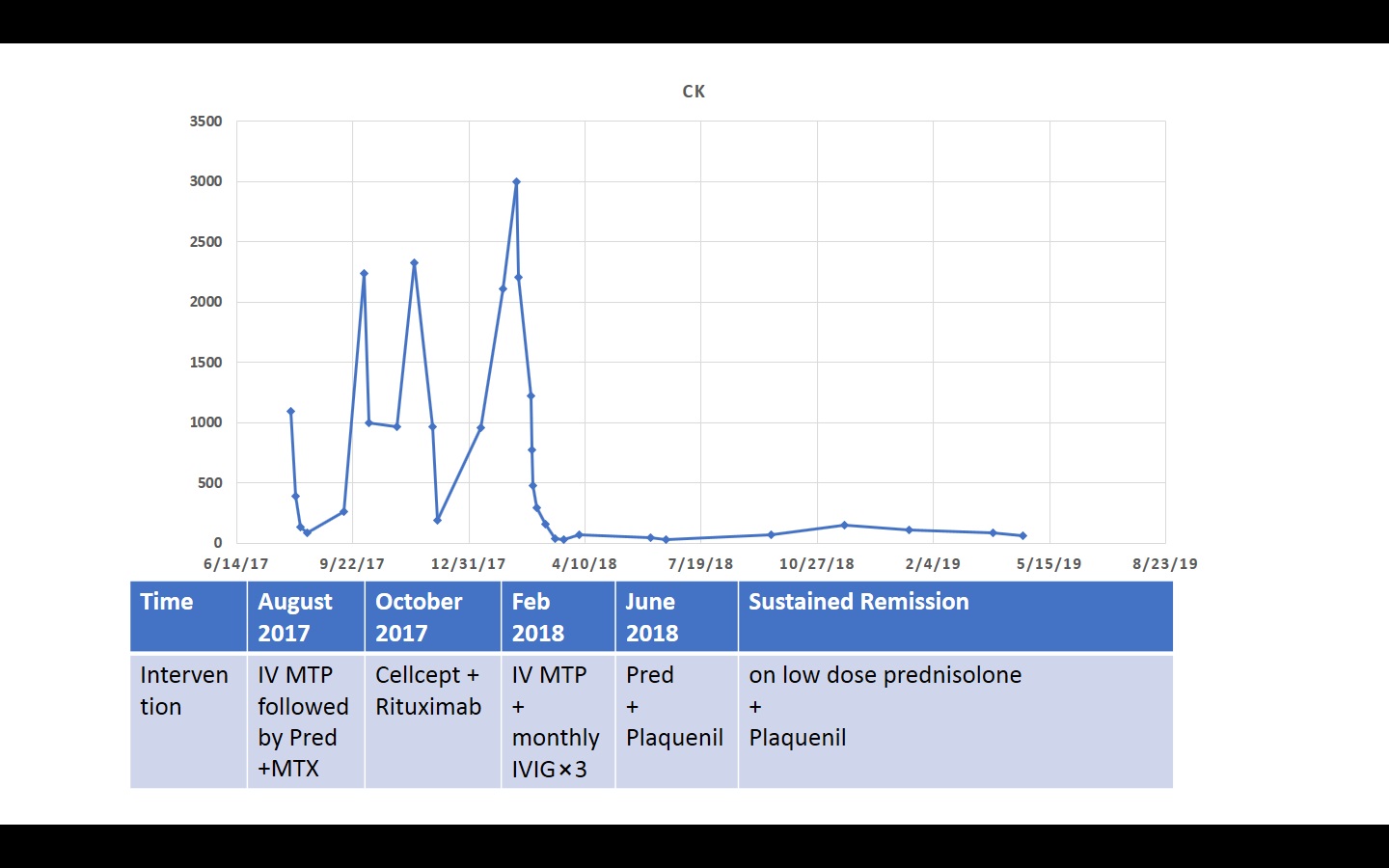