Arthroscopic Synovitis and Vascularity and C-reactive Protein Predict the Future Development of Rheumatoid Arthritis in Patients with Seropositive Arthralgia.

Arthralgia in patients who are seropositive for rheumatoid factor (RF) and anti-citrullinated protein antibodies (ACPA) is a precursor to rheumatoid arthritis (RA) in some but not all patients. The factors which influence progression and outcomes in these patients remain to be fully defined.

To evaluate outcome and prognostic factors in a consecutive cohort of patients with seropositive arthralgia undergoing arthroscopy.

We performed a prospective study of consecutive patients with seropositive arthralgia presenting to our outpatient clinic who underwent arthroscopy. All patients were seropositive for RF and/or ACPA. Demographic and clinical characteristics were collected on all patients. Synovial biopsy was performed by needle arthroscopy, and macroscopic and histologic features recorded. The degree of synovitis and vascularity were recorded on a 0–100-mm visual analog scale, and chondropathy on a semi-quantitative scale from 0-3. Diagnosis at last follow-up was recorded in all patients. Mann-Whitney U test was used to compare groups. Spearman’s Rank Correlation Coefficient was used to assess for associations with outcomes.

Most but not all patients with seropositive arthralgia develop RA. Elevated baseline CRP and macroscopic synovitis and vascularity scores at arthroscopy predict the future development of RA. 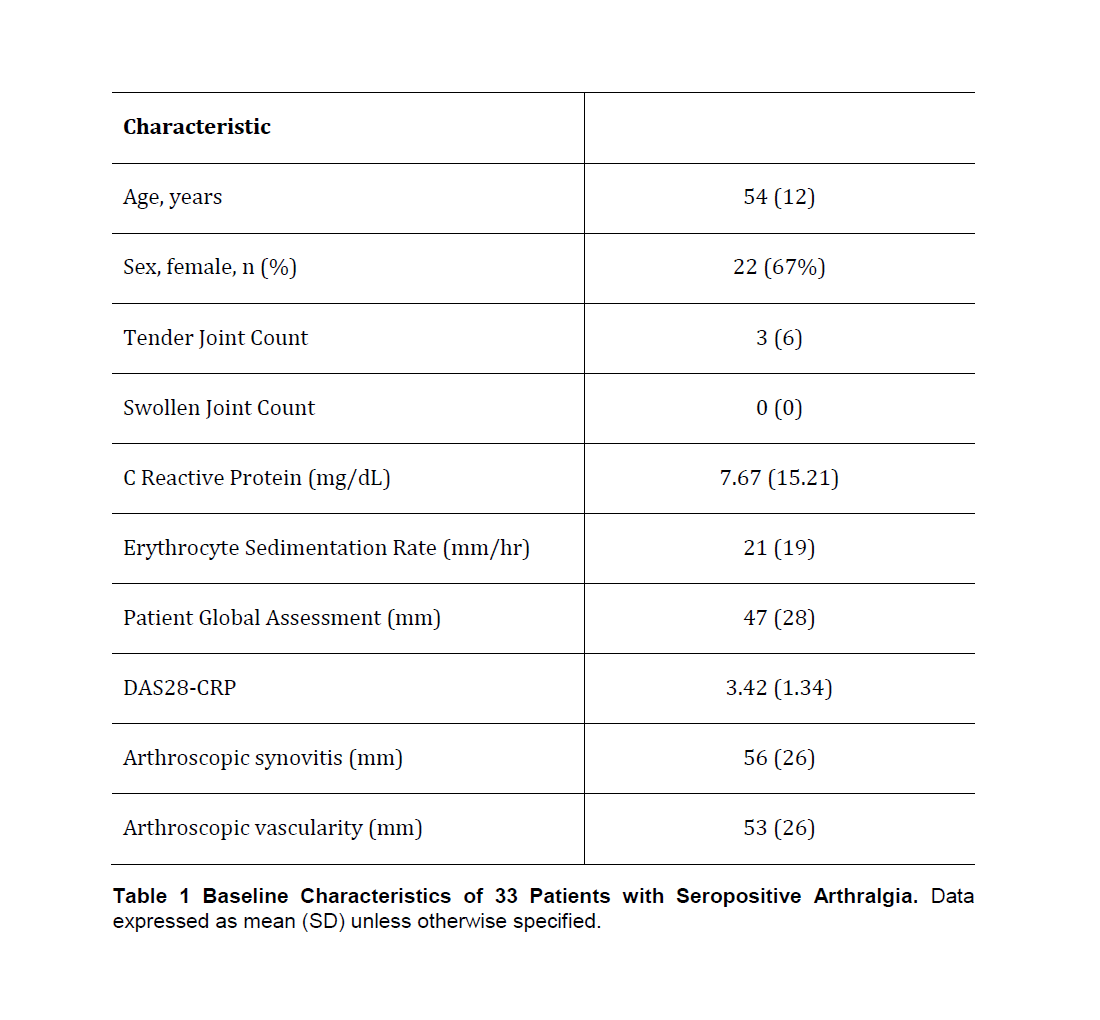