Herein we report a follow up of a case published in Neurology in February 2003. The patient presented at that time with facial pain and swelling extending down to the left side of neck and to the upper chest wall. A temporalis muscle biopsy was consistent with Eosinophilic Fasciitis (EF), responding well to corticosteroids and methotrexate. The condition followed a relapsing-remitting pattern over 15 years with facial and limb pain and swelling, before developing frequent episodes of abdominal pain with massive distension. CT scan and histopathology revealed three separate, well-differentiated neuroendocrine tumours (NET’s). Tumour resection resulted in complete resolution of all previous symptoms over 18 months follow-up and post-operative OctreoScan was negative.

NETs are a widely heterogeneous group of neoplasms which develop in several organs, predominantly in the gastroenteropancreatic (GEP) system. The diagnosis of GEP-NETs is based on clinical symptoms, hormone levels, radiological and nuclear imaging and histological confirmation. GEP-NETs are classified according to the primary tumour site, their functionality and histology.
EF is an uncommon disorder of the fascia of unclear aetiology and pathophysiology. Usual presentation is with an abrupt onset of symmetrical tenderness and swelling of the extremities, rapidly followed by induration of the skin and subcutaneous tissue.

CT scanning showed some mid-gut mucosal thickening with associated lymphadenopathy which was all surgically resected. Histopathology revealed three separate, well-differentiated neuroendocrine tumours (NET’s), the largest of which had invaded into sub-serosal tissue. In addition, a 35mm mesenteric tumour deposit was present with two of four lymph nodes containing metastatic NET (Figure 1). The proliferation index of both the primary and metastatic tumour, as measured by Ki67 immunohistochemistry, was <2%. The final pathological stage was pT3(m)N1Mx.
Image 1: Well differentiated neuroendocrine tumour invaded into sub-serosal tissue (HE 16X)
Image 2: 200X Immunohistochemical staining positive for Chromogranin

The initial clinical presentation here was not typical of EF and all of the symptoms including those previously ascribed to EF resolved with NET resection confirming the NET as a unifying diagnosis. 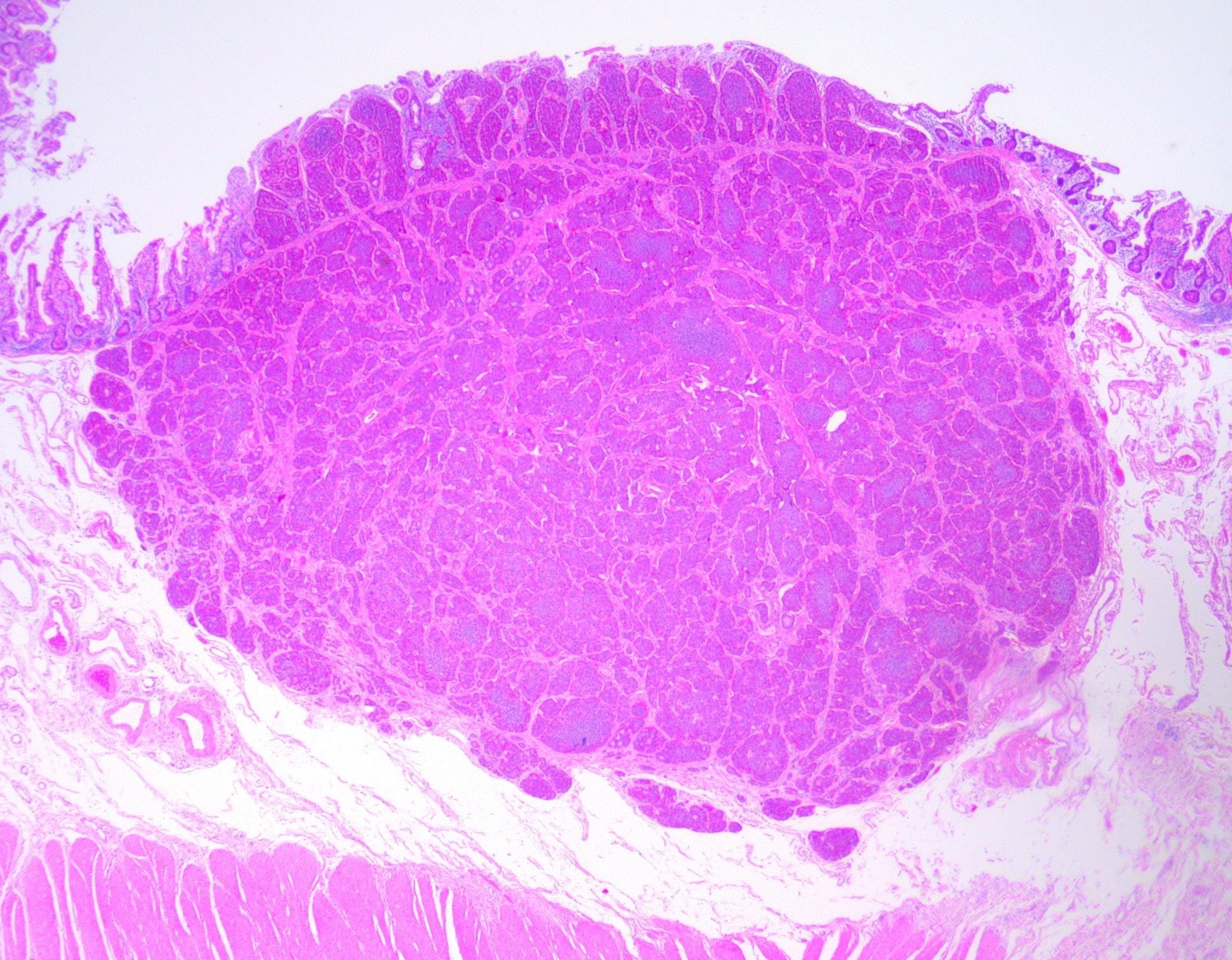 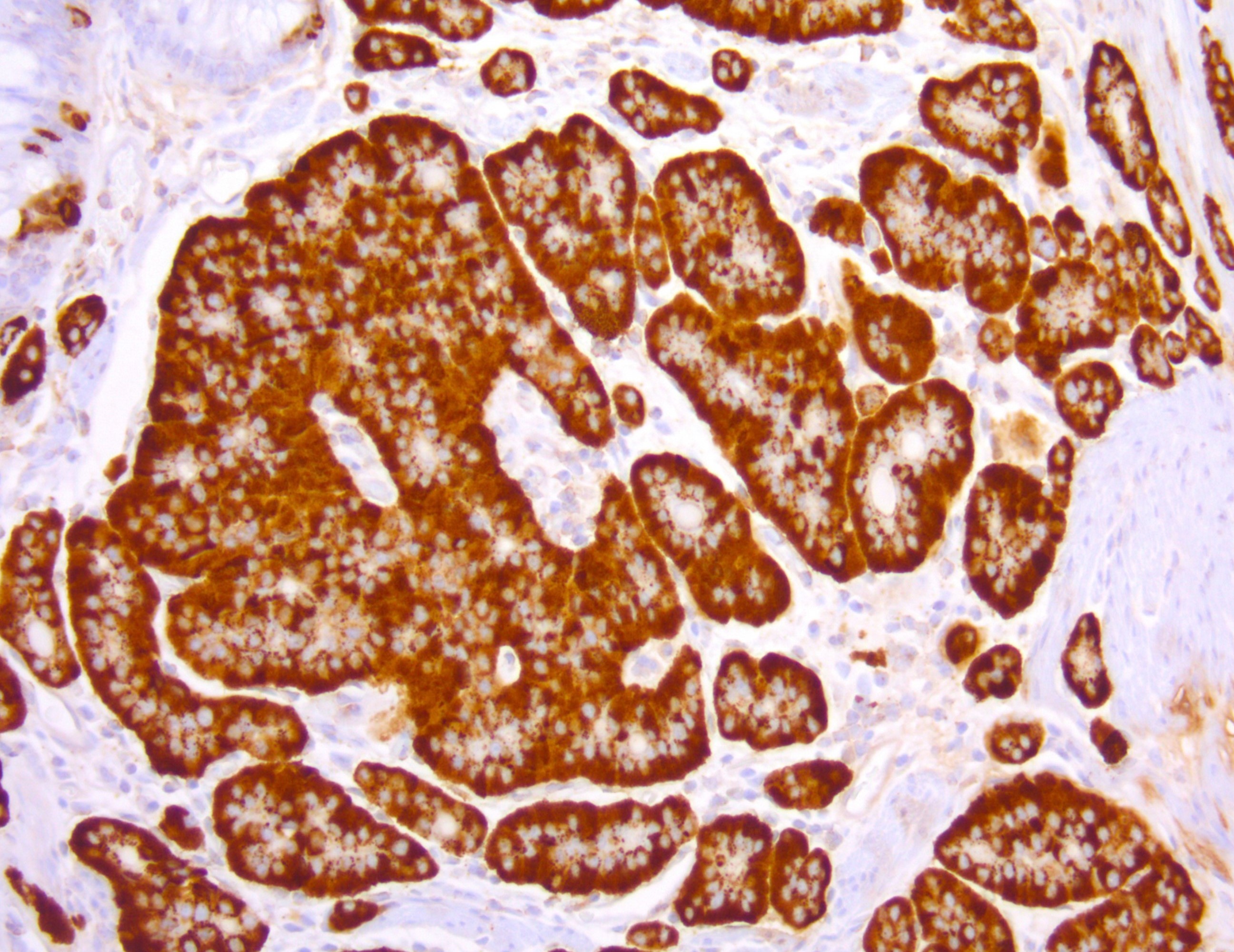