Due to the unique bioavailability characteristics of oral bisphosphonates their absorption can be affected by modifiable factors on medicine kardex while an inpatient in hospital. By addressing these unique prescription issues, bisphosphonate absorption can be improved with a subsequent improvement in bone densitometry readings.

Bisphosphonates are poorly absorbed orally (less than 1 percent of the dose) and must be taken on an empty stomach for maximal absorption. Bioavailability may be seriously impaired by ingestion with liquids other than plain water, such as mineral water, coffee, or juice; by retained gastric contents, as with insufficient fasting time or gastroparesis; or by eating or drinking too soon afterwards. Aims of the improvement project were to Investigate what proportion of bisphosphonate were prescribed and taken according to current best practice guidelines, in inpatient population Musgrave Park Hospital.

Data was collected via combination of patient questionnaire and inpatient Kardex prescriptions studied at random. Patients that were studied had wide range of co-morbidities and prescription indications. The patient population was from current inpatients in Ward 3A Musgrave Park Hospital Belfast (Tertiary Rheumatology Centre), along with Meadowlands wards 2 and 3 (Inpatient fracture rehabilitation wards for Belfast Trust area). Data was collected between March and April 2018. Information obtained from questionnaire included data such as type of bisphosphonate take, timing of dose, was bisphosphonate taken on empty stomach, and did the patient remain upright for 30mins after. We decided to focus on these questions as it is part of current best practice guidelines with regards to bisphosphonate prescriptions.

Our study revealed that more than half of inpatients (55%) had oral bisphosphonate prescribed along with other medications and not the recommended 30mins before other medications. The most frequently occurring time for bisphosphonate to be prescribed was 10am (47% of inpatients) which incidentally correlates with the morning drug round and is after the breakfast distribution on the wards. None of the kardexes studied had written instructions about how to take drug. 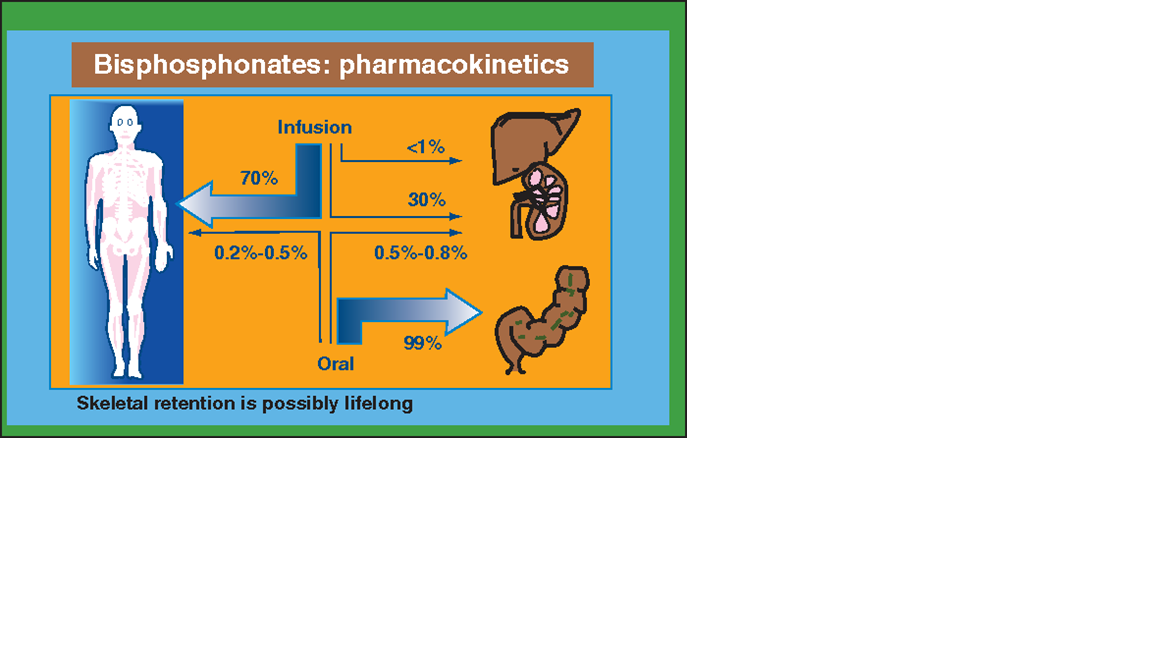 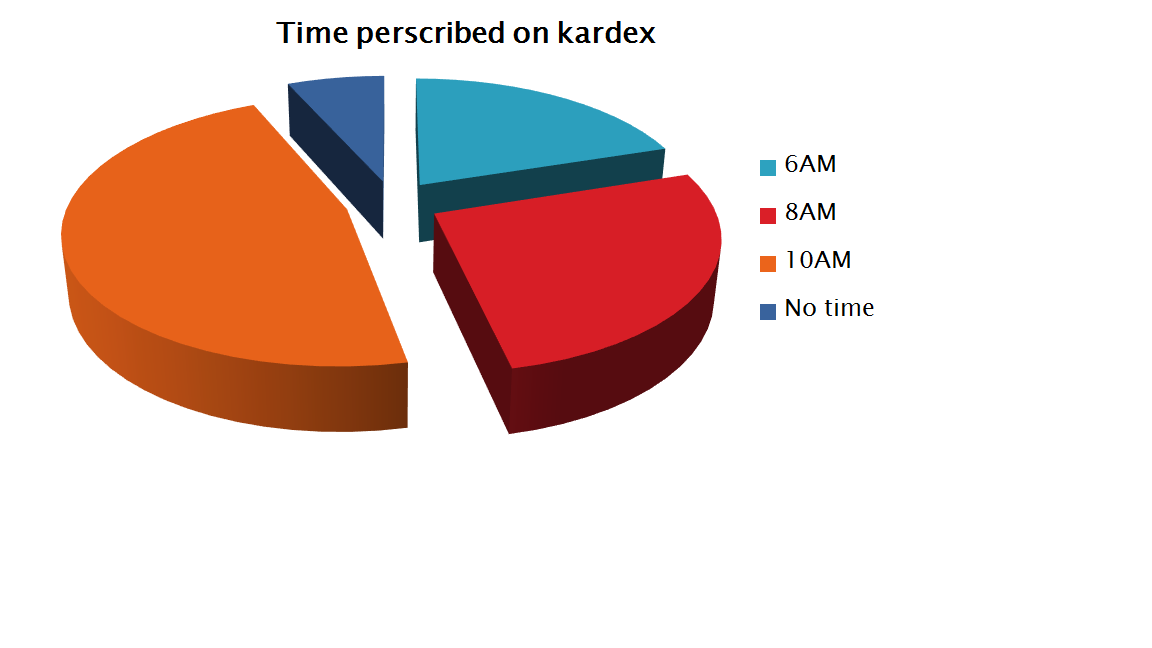