Use of biologics in older patients with inflammatory arthritis

Biologics are a key component of the treatment armamentarium for inflammatory arthritis. Older patients are often omitted from clinical trials in favour of younger subjects. As a result, gaps in the knowledge remain surrounding the prescription, efficacy and safety of biologics in this older population.

The aim of this study is to describe the use of biologics amongst older patients with inflammatory arthritis and compare it to younger patients.

This was a retrospective cohort study of patients with a diagnosis of inflammatory arthritis who were receiving a biologic. Data was collected from medical charts at rheumatology outpatient clinics. Patients were divided into two groups based on age: younger group (age 45 – 65) and older group (age >70).

Each group had 30 patients (total n=60). 58% were female and the mean age overall was 65 years. There were 4 diagnoses, rheumatoid arthritis being the most common (57%). 8 patients had active disease, and these were mainly older patients (n=6). 8 different biologics featured; the majority of patients received the standard dose of biologic (87% of younger, 80% of older). The incidence of biologic discontinuation due to drug ineffectiveness was the same for both groups (16%). 1 older patient had a biologic discontinued due to a serious adverse event. Infections requiring hospitalisation were not common (total n=5) but were more frequent amongst older patients (n=4). 47% of younger and 60% of older patients received concomitant therapy; most received a disease-modifying anti-rheumatic drug (DMARD) (72%), and those who received a steroid (n=6) were more likely to be older (n=5).

Biologic prescribing was similar between both groups with regard to the dosage administered, but there were differences in the types of biologics prescribed to each group. Rates of significant infection were low overall, however they were more prevalent amongst the older population. More older patients had active disease, and more were prescribed concomitant steroid therapy, which may represent under-dosing of biologic therapy in this older cohort. 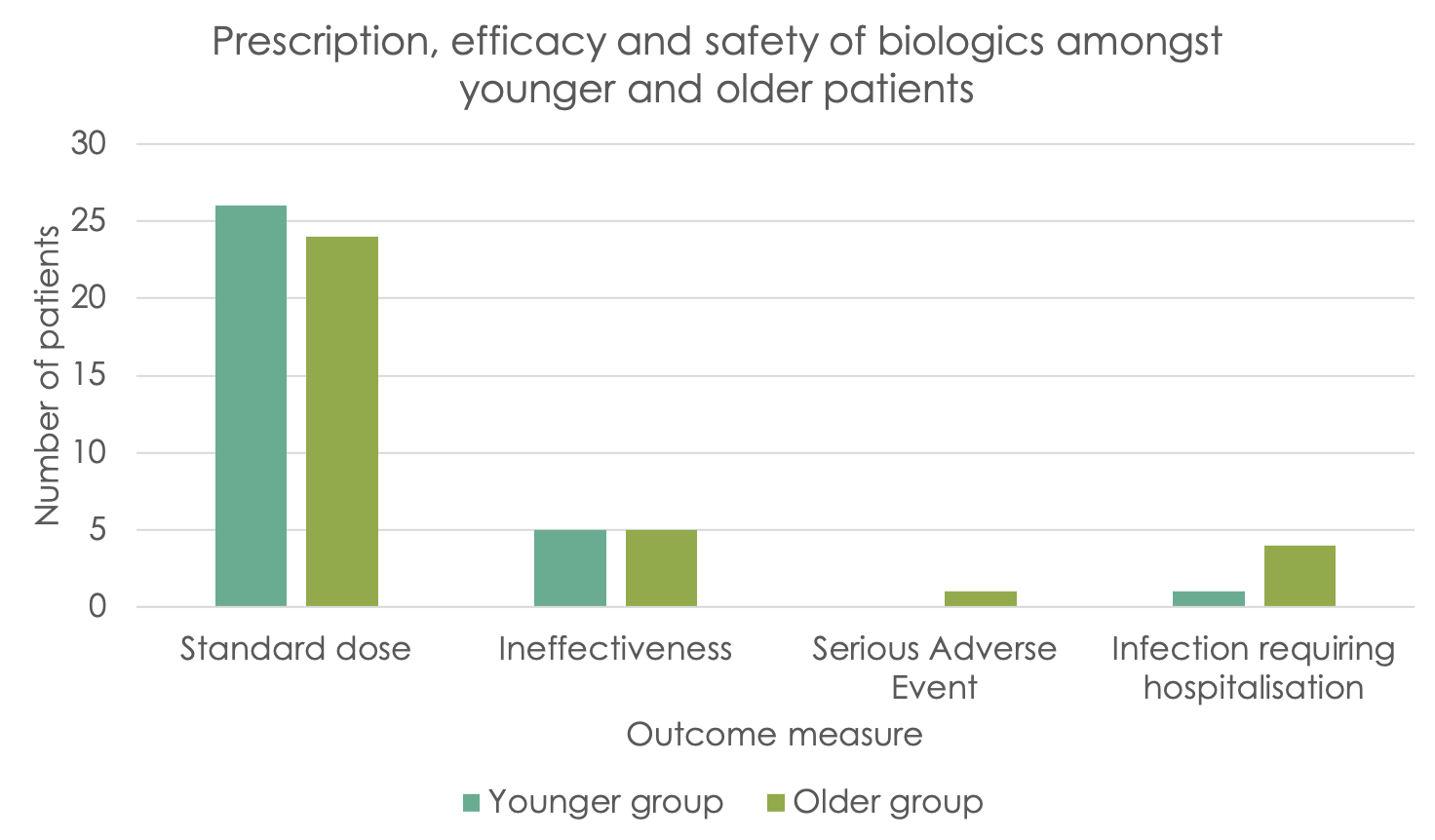